Why is the travel industry in chaos?

With over 2 years of ‘quiet’ for the travel industry, many are wondering how and why things have gone so horribly wrong when business should be booming. 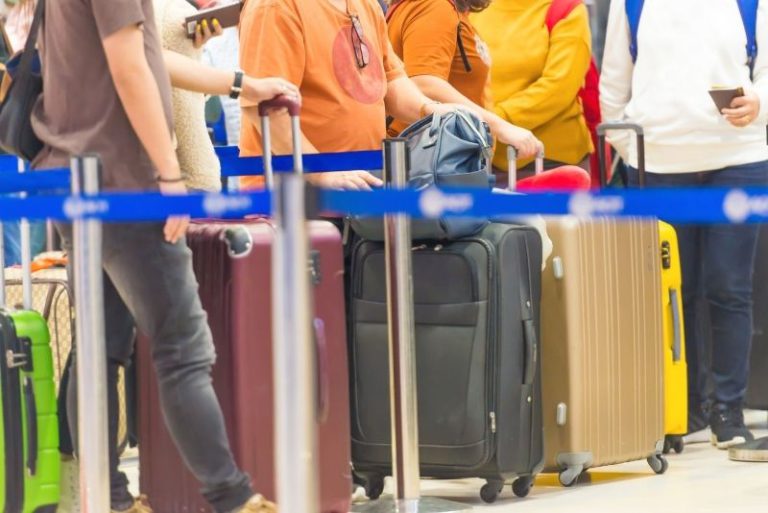 Many of us hoped to holiday abroad this year. Particularly those who had their holiday plans curtailed by various lockdowns, and those who didn’t want to risk travel with the COVID restrictions in place at the time.

Despite ‘lift off’, it’s now a case of choosing your holiday based on ‘stay at home’ or ‘stay at the airport’. Here’s what’s happening and why.

Earlier this month, TUI had to cancel 4 days of travel due to their 3rd party inflight catering provider being unable to deliver the goods. For those that were able to travel, many experienced queues of five-hours, delays and cancellations on arrival at the airport. So, what’s happening?

Brexit and COVID (and even an expected recession) are having a huge impact on staff shortages across the UK, and the travel industry is no exception.

Not only does this directly affect airports, who have seen a slow crawl through check-in, security and baggage due to too few staff, against a sudden surge in customers, but the problem is also replicated in staff shortages for third party suppliers, including catering.

Many people working in the travel industry found themselves out of work during the pandemic. And many, understandably, found another job, making it impossible for travel firms to call on them and pick up where they left off. Travel and hospitality were hit hard, both losing a number of staff who are likely reluctant to return to the ‘endangered industries’. Add to this shortage the ongoing COVID-related sickness absences, and again, the dwindling number of staff dwindle further.

Since March, when COVID restrictions eased, several UK airports have seen traffic peaks higher than at pre-pandemic levels, with little to no time to replenish the workforce. Manchester Airport alone estimates that there are now three times more passengers each week than there was in January 2022, and are still in the process of recruiting 200 new starters this month.

At the time of writing this, the Aviation Recruitment Network confirmed there were more than 300 vacancies across UK airports waiting to be filled.

Brexit has also had a detrimental effect on staffing levels. Prior to Brexit, there has always been a European talent pool to pick from. The Border Force describes the current situation as “the first time in living memory” they couldn’t hire enough candidates.

But employing for the sudden surge could also prove a costly mistake. With rising interest rates and the cost of living, Heathrow’s Chief Executive has warned that he expects to see travel demand only reach 65% of pre-pandemic levels this year.

Even if and when the industry picks up, plans better, and does manage to recruit, the Border Force has confirmed that it takes nearly a full year to train a Border Force officer, so any true gains won’t be seen, or felt by the traveller, for 12 – 24 months.

Unfortunately, the frustrated headlines are also stemming from a lack of information on travel firm websites. Many airlines are still advising passengers to check in 3 hours early, when queues are averaging 5 hours.

Those who are still waiting for their passport to arrive, could only wish to join a 5-hour queue at an airport. Although passport processing time has popped up in the press many times over many years, recent headlines have been focusing on airport chaos.

Many holidaygoers may still be unaware that the Passport Office is now processing a surge in submissions. Up to 5 million people delayed their renewals and applications during the pandemic, according to the Passport Office. This extra strain is also set against a backdrop of recruitment.

Prior to Brexit, travellers from the UK could travel within 26 European Union countries without border controls. New Brexit laws now mean that many EU countries require Brits to hold passports of no more than 10-years-old from the point of issue, and will need to remain valid for at least 3 months following the date you plan to leave the country.

The Passport Office is advising customers to expect a 10-week delay in processing, which has seen some holidaymakers lose out entirely. If you are planning on travelling this year, check your passports right now – and certainly before you pay for your holiday.

UK COVID travel restrictions were only lifted in March, leaving the travel industry relatively little time to get back up to speed ready for the influx of customers – which rose sharply following the announcement.

But this does not mean that certain rules and requirements do not apply in other countries. Most countries in Europe will admit UK visitors with a proof of vaccination.

The unvaccinated are expected to take a PCR or antigen test. However, check with your travel company as some destinations, such as the Netherlands, may still require a passenger locator form.

Those applying for an official NHS COVID Pass vaccination letter, to enable them to travel across areas with no WiFi, or those who are less tech-savvy, are finding that they are only valid for around 3 weeks once they arrive! The official letter contains embedded security features to prevent fraud, so is not the type of document you can print while you are abroad.

The big concern is that you will need to apply for one much closer to your time of travel and hope they arrive in time (the official site states ‘7 working days from the date of the request’). For those who are travelling for over 2 weeks, the risk is that your letter would have expired before you return.

The short expiry date on the official letter has little to do with deadlines. They do not correlate with when your vaccinations or boosters ‘run out’, or how long ago you had them, only adding unnecessary anxiety to an already stress-inducing situation.

We reached out to NHS Digital several times to obtain clarity on the short expiry date, however they are currently taking two-weeks to respond to requests. We will update you if anything changes.

If you have had your full course of vaccinations and boosters and do require a letter, you can request one by calling 119. You can find out everything you need to know about your COVID Pass here.

While we focus more on chaos at the airports for this article, the reality is that air, land and sea are all affected this year. The sacking of 800 P&O ferry staff shortly before the Easter break continues to cause chaos. Even the Eurotunnel is struggling due to staff shortages and post-Brexit security checks.

Did we expect too much, too soon? The real question is why travel firms, and the airlines, didn’t factor this into their 2022 plans, reduce the number of seats, and manage traveller expectations?

With two years of loss of revenue, it is understandable that the travel industry is keen to get back in the skies and recoup their losses. It’s also great to see that, despite COVID and the cost of living crisis, Brits are still keen to enjoy travel and reinvest back into the industry. However, the industry has overestimated their current capabilities and the weary traveller is left stressed out and out of pocket as a reward for their ‘loyalty’.

Could a staycation be the safer, lower stress option for the next two years? 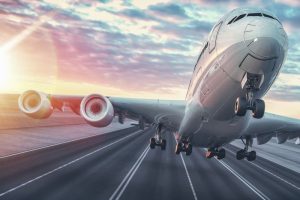 Make sure you’re correctly covered – and understand exactly what you are covered for.

The biggest scams of the year (so far)!

Why do scams work?