Where are you most likely to pass your driving test?

You may not think that where you live makes a difference to your driving test. It does, and here are the top pass centres in the UK.

There are many factors that affect whether you’ll pass your driving test– with practice and studying at the top of the list. But what else could work in your favour?

We regularly examine the pass rate percentage of major driving test centres in the UK to determine the ones with the highest pass rates, and then review the centres in terms of women and men.

What is interesting is that the number of tests conducted has increased significantly, from 436,044 to 1,112,424 driving tests (year to date) compared to the previous period. As we recover from the effects of the pandemic, it’s great to see so many people now able to take their driving test and hit the roads this year!

We take a look at the latest test centre data provided by the DVLA, currently running from April to December 2021, and review centres that have conducted at least 1,000 tests during this period.

You may not think that where you live makes a difference to a driving test pass rate, but it could. In fact, Scotland still has the highest overall pass rate in the UK!

The difference between the male and female pass rate is fascinating and we have been eager to review whether this changes over the years.

There is some good news that illustrates a slow balancing of the scales, with the men’s pass rate dropping from last year’s 53%, while the women’s rates increased on last year’s 47%.

Ten years ago, for the period 2011/2012, the gap was far wider, with 50% of men passing versus 44% of their female counterparts – and the gap has continued to close year on year.

If you are male looking to take your driving test:

If you are female looking to take your driving test:

Wherever your driving test is held, make sure you turn up prepared, well rested and 15 minutes early. Keeping calm, and arriving unflustered, could give you the extra edge you need to pass first time. Good luck! 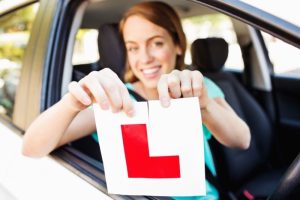 The Rising Cyber Threats Facing SMEs in the UK