Manufacturers make vehicles to certain specifications because they want to appeal to a wide range of people. However, you might want to consider changing certain aspects of your vehicle’s features to make it more personalised … 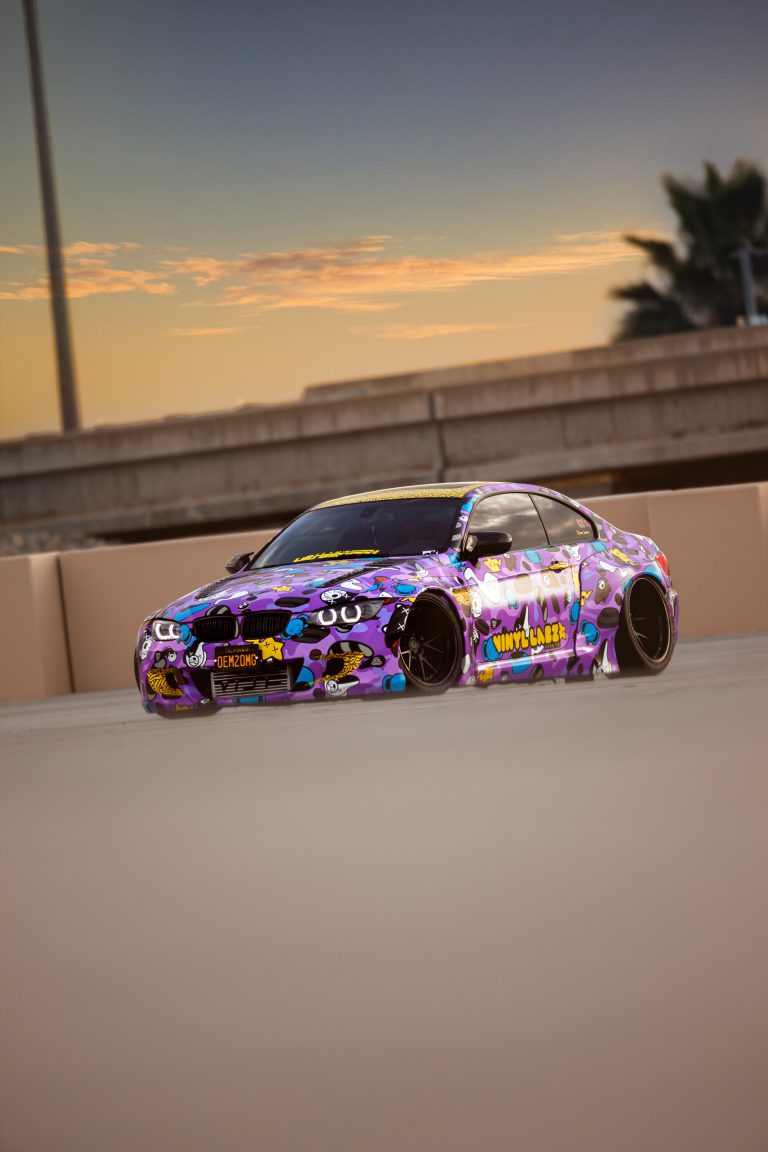 Manufacturers make vehicles to certain specifications because they want to appeal to a wide range of people.

However, you might want to consider changing certain aspects of your vehicle’s features to make it more personalised to you.

This can either increase your insurance premium as repairs or replacements will be more expensive, or the modifications you make could mean your car’s more secure, so your insurance will be less.

Before going down this route though, it’s important to think about how any changes could impact your car insurance policy.

From cosmetic changes like window tinting to mechanical changes such as engine tuning, there are many types of modifications that could make your car insurance policy cheaper or more expensive.

Once a car has left the factory, any changes that are made to it are considered a modification and, by law, you should always let your insurance provider know of any changes you make.

We’ve created a list of some of the most popular types of modifications and how they can affect your premium.

Modifications to the engine and other vehicle mechanics like the exhaust system can increase your car’s performance, meaning it’s likely to push up the cost of your premium and must therefore be declared. Installing a turbo or supercharger is likely to increase your policy and even installing an Engine Control Unit (ECU) to make your car more economical can make your insurance more expensive, Before doing so, you might want to think about whether fitting one is actually going to save you money. In some cases, car owners choose to downsize their engines to make them more energy efficient, which could in fact mean a less expensive premium; but any changes to your engine’s performance should always be declared.

Making your exhaust larger and louder could mean paying more for your insurance, but before you do this, it’s worth noting that it’s illegal to remove the silencer. If it’s missing or broken, you could face a fine, but not only that; illegal modifications to your car will invalidate your insurance policy.

Some drivers – especially those who have already made other modifications to their vehicles – may decide to install high-performance brakes. This is possible to do on some non-sports cars and if your car is already highly modified, improving your braking system could reduce your premium. However, if this is one of the only changes you’ve made to your car, it’s unlikely to affect the cost of your insurance, as most cars are fitted with suitable brakes by the factory.

Upgrading your car’s brake discs and pads could add value to your vehicle, as some of them are quite expensive, and consequently, this could put up the price of your insurance. Similarly transmission or gear box alterations and air filter upgrades can also make your policy more costly.

Another thing that can significantly alter the handling of your vehicle is making modifications to the wheels. Wheel upgrades are likely to increase the value of your car, so if you do decide to fit alloy wheels or wider tyres, you’ll need to declare this to your insurance company to see whether your premium will be affected.

Winter tyres shouldn’t negatively impact your insurance because most providers realise that they help improve the handling of your vehicle in tricky driving conditions. Several years ago more than 70 companies signed an agreement saying they wouldn’t increase premiums for declaring that you have them. Winter tyres are even less likely to make a difference to your premium if they’re approved by the car manufacturer.

Alloy wheels are usually ordered at the time you buy a new car, however they can easily be added afterwards. Because they’re stronger and lighter than steel ones there’s less weight for the suspension to cope with and less resistance when you steer, meaning improved car handling. You might want to check whether there’s a history of alloy theft in your area, though, as that can have an impact on your premium.

Wheel modifications that aren’t related to performance – like novelty hubcaps that spin or light up – are unlikely to affect your premium, however you should notify your insurance provider as they can also be a theft risk.

Although most cars have adequate suspension as standard, upgrading it could make a noticeable difference to its handling. It’s unlikely to affect your premium, though – unless your vehicle is already heavily modified. When lowering your suspension, it’s worth keeping in mind that there are strict rules around steering and headlight aim. Your headlights could potentially dazzle other drivers and it’s also worth noting that over-lowering could affect the car’s ability to clear speed-bumps. In most cases, though, this type of modification is mainly cosmetic and it’s unlikely to affect your insurance.

Typically comprised of bumpers, spoilers, side skirts and bonnets, body kits aren’t necessarily made with safety in mind. Sporty bumpers could shatter on the tiniest of impacts and side skirts can be hazardous on uneven roads, as the vehicle has less ground clearance. Bodywork changes like this could slightly increase a standard policy, whereas a modified insurance policy is unlikely to be affected – unless the value of the vehicle has been dramatically increased.

Cosmetic modifications like splitters, valances and flared wings can have an effect on your car insurance, but that’s not the only thing to bear in mind. Some exterior modifications may be popular but that doesn’t necessarily mean they’re legal, so it’s always worth checking before you make any changes.

You might be surprised to know that decals and stickers are classed as modifications by some insurers; as are custom paint jobs. If an insurance company has had to make payouts for cars with a collection of bumper stickers or racing stripes for example, they may be reluctant to cover you if you already have them on your vehicle or you’re thinking about applying them.

Younger drivers in particular choose to add neon lights underneath their cars, which is allowed by law providing the tubing isn’t visible and the light isn’t distracting to other drivers because it’s too bright or flashing. Some drivers also choose to customise their headlights, however the front have to be white and the back must be red. Coloured LEDs could mean an on-the-spot fine and invalidate your insurance policy, however generally speaking lights won’t affect your premium.

Adding a tow bar is also unlikely to have impact on your insurance, however it should still be declared because you’re making changes to the specifications set by the manufacturer.

Changes to the interior

Upgrading your sound system is one of the most popular ways to modify your car’s interior. Many drivers decide to install a subwoofer to maximise the low frequency of bass sounds. This is a fairly cheap change and is unlikely to increase the cost of your insurance.

Other interior modifications that probably won’t affect your policy are dashboard upgrades and add-ons like in-built sat-nav systems and car phones or changes to the panelling. Whether you’re replacing your gear knob for aesthetic reasons or simply because it’s worn out, the price of your policy shouldn’t be affected by doing that either.

Removing or replacing seats, however, can have an impact. You might not think it, but your insurer will even want to know whether you’ve reupholstered them. Changes to the steering wheel and pedals are also considered to be key modifications that must be reported to your provider.

Vehicle modifications which increase the security of your car won’t negatively affect your insurance premium. If anything, it’s likely to go down. Devices such as trackers, immobilisers and extra safety locks could reduce the risk of theft, meaning a lesser expensive policy. Installing a tracker to a heavily modified car will, in most cases, reduce insurance costs.

You may not think the modifications you make will impact upon your policy, but you must let your insurance company know about all of them. If you do have an accident, your provider may not pay out as the information you originally gave them could be different and so your policy will be invalidated.

Even choosing alloy wheels as an optional extra on a new car will be seen as a modification by insurers, and although it won’t affect your premium too much as it will have been made by the manufacturer, you still need to declare it.

When you report any modifications to your insurance company, you should be as truthful and as detailed as possible so that they can do an appropriate risk calculation.

What is marine insurance?

Has Life Insurance changed since Covid-19?