What is the impact of the apprenticeship levy? 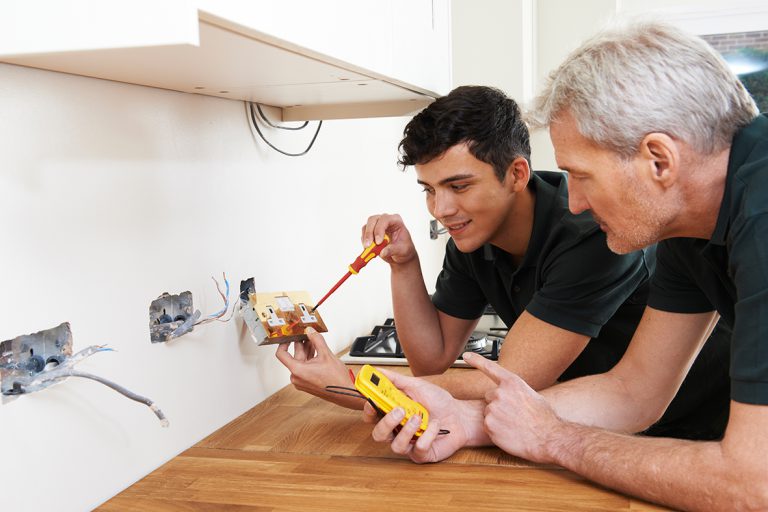 Statistics published last week by the National Audit Office (NAO) made interesting reading for businesses employing apprentices. Figures revealed that despite Government targets to create three million new apprenticeships by 2020, the number of people taking up training programmes has fallen significantly. So much, in fact, that the NAO says it’s “very unlikely” that the target will be met – and it’s the Government’s so-called “apprenticeship levy” that’s being blamed.

What is the apprenticeship levy?

An apprenticeship involves someone working in a company learning skills ‘on the job’ at the same time as studying. Back in 2017, the Government made changes to the apprenticeship system by bringing in a 0.5% payroll tax on employers paying out wages of £3m or more, allowing them to reclaim it in the form of vouchers to fund apprenticeship training.

There were changes for smaller employers, too: course suppliers changed, and they were now expected to contribute more to the cost of training schemes: 10% of training costs, paid directly to the course provider, with the other 90% being covered by the Government.

Given that the Government estimated that the levy would only apply to around 2% of UK employers, is a lack of understanding of the levy responsible for the drop in apprenticeship numbers? Research by the Chartered Institute for Personnel and Development (CIPD) suggests as much, finding that 22% of the 1,000 employers surveyed aren’t even aware of whether or not the levy applies to them.

It also found that, contrary to the estimated 2% figure, around a third of employers were paying the levy. Many simply write the levy off as an extra tax, while 46% of those questioned in the survey believed “they would be encouraged to ‘re-badge’ existing training schemes as apprenticeships, in order to claim the money back.”

With the levy branded as “disastrous” amidst claims that it’s “alienating” businesses, and a complete rethink called for by prominent figures in the world of business, it looks as though the Government will need to take action if it’s to meet its 2020 target. In the meantime, if your business is thinking about taking on apprentices, this Government advice tells you everything you need to know about how apprenticeship funding works at the moment.

Disclaimer: This article was compiled from a variety of sources (National Audit Office, BBC, CIPD and GOV.uk) and does not reflect the views of A-Plan Insurance.

What to do if you discover subsidence