There are many rules, laws and regulations which affect motorists in the UK. These change frequently and it can be hard to keep track of those that could get you into trouble with the law. … 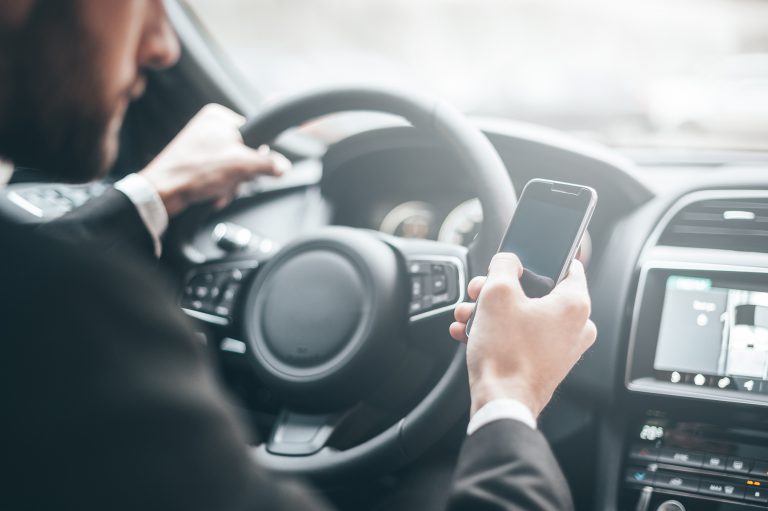 There are many rules, laws and regulations which affect motorists in the UK. These change frequently and it can be hard to keep track of those that could get you into trouble with the law. Even more so, there are a whole raft of myths which add to the confusion. In this week’s blog, we explore some of those motoring myths:

MYTH 1: It’s ok to use your phone if your car is stationary

This one really tops the list of motoring myths. Despite greater focus on mobile phone mis-use while driving, many drivers remain confused as to what constitutes “mobile phone use while driving”. Any physical interaction with your phone when you are driving is classed as “using it” and is, therefore, illegal. Even if the car is stationary at traffic lights or in traffic, using your phone is illegal if your engine is running and you are in control of the car. VERDICT: FALSE

MYTH 2: It’s illegal to splash a pedestrian when driving

Drivers who splash pedestrians on purpose could be found in breach of section 3 of the Road Traffic Act 1988. This is illegal as it amounts to driving “without reasonable consideration for other persons”. Drivers caught doing this could face fines of up to £5000. Don’t do it, however tempting it might be! VERDICT: TRUE

MYTH 3: It’s illegal to hog the middle lane of the motorway

Irritating for sure, but is it illegal? The answer is, yes, if the police see you travelling in the middle lane of the motorway when not overtaking another vehicle, you could be fined £100 and receive 3 penalty points. This has been an offence since 2013 but recent studies suggest that only 50% of us know it’s illegal. VERDICT: TRUE

Motorists can be fined while eating or drinking behind the wheel, although there is no actual law to prevent this. The Highway Code states that you should “Avoid distractions when driving or riding such as….eating and drinking and smoking” (Rule 148). So the bottom line here is that if you are caused to drive in a dangerous or careless fashion by whatever you are eating, drinking or smoking, this could land you in trouble. It’s also worth bearing in mind that a study from 2012 from the University of Leeds found that reaction times of motorists were up to 44% slower while eating! VERDICT: FALSE

MYTH 5: It’s illegal to use headphones

Although there is no explicit law that states this is an illegal practice, it is highly dangerous and is not advised. Not only is it distracting, which may see you fall foul of the rule above, it could stop you hearing sirens, level crossing warnings, other road users or pedestrians. VERDICT: FALSE

MYTH 6: You mustn’t have an interior light on while driving

It’s a common belief that driving with your interior light on can get you into trouble with the police. However, as long as you don’t shine anything out of the back window (unless a red light), it is not against the law, as long as the driver is not distracted from the road. VERDICT: FALSE

This is one of those motoring myths that often surfaces. Although, once again, the law doesn’t say it’s illegal, it is probably best to avoid driving barefoot. Driving without shoes could mean that you don’t grip the pedals as well or that you avoid braking as hard in an emergency. A rule of common sense suggests that you drive in appropriate footwear and avoid flip flops or excessively high heels or something that means you can’t feel the pedals. VERDICT: FALSE

MYTH 8: You can pick up roadkill

This is a weird one! There is a common view that you can pick up roadkill to take for food as long as it wasn’t you that hit it (although, not sure why you would want to). So deer, pheasant, rabbit etc. are all fair game (no pun intended). There are certain animals, however, that you must report hitting to the police – including farm animals, livestock and dogs (although not cats, sadly). Do not stop to collect a dead animal if you are going to cause a hazard to other road users by doing so. VERDICT: TRUE

MYTH 9: Hanging things from your rear view mirror is illegal

Air fresheners, fuzzy dice and other items dangling from the rear view mirror can be an issue if they cause a material obstruction to the vision of the driver or are a safety hazard. The police would have the right to stop you if they thought this was the case and could fine you. Technically your car can also fail its MOT on this basis. VERDICT: SOMETIMES TRUE

MYTH 10: It’s sometimes ok to not wear a seatbelt

The law requires that drivers and passengers aged 14 and over in cars, vans and other commercial vehicles must wear a seatbelt, if available. As a driver, you are also responsible for ensuring anyone under 14 wears a seat belt or uses an appropriate child restraint as required by law. There are some exemptions, however, if you are reversing, or supervising a learner driver who is reversing; if you are driving a goods vehicle, on deliveries, that is travelling not more than 50 metres between stops; or a licensed taxi driver. You may also be exempt on medical grounds but must have a certificate of exemption which you can show the police if you are stopped. This is also the case if you are pregnant and your doctor certifies that you are exempt. VERDICT: SOMETIMES TRUE

Hopefully this has helped to dispel some motoring myths. To help dispel myths surrounding insurance, we recently commissioned the A-Plan Insurance Spotlight Report which aims to start a conversation about increased transparency – investigating consumer attitudes and behaviours towards home, car and business insurance to establish where knowledge gaps exist and generate ideas to help consumers and communities better protect themselves. To find out more, and to be sure that you are receiving the right insurance at the right price, contact one of our local insurance experts today.

What to do if you discover subsidence

Where are the best places to buy to let in the UK?