Tool theft at crisis point – write to your MP

Over £80,000 of equipment is stolen every day. We talk with Builders Talk Group about the tool theft crisis and what you can do about it. 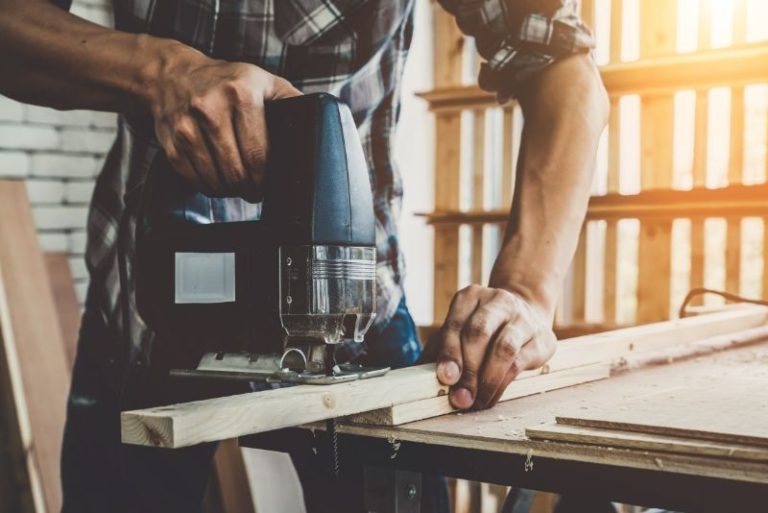 All too often we’re hearing that a tradesperson has had either their van or tools – or both – stolen. A quick Google search later and you’re pretty much guaranteed to find a daily story about this crime, whether new national statistics to another petition calling for Government action. Many of the big players have chimed in.

Professional Builder magazine stated this week that ‘more than £100 million of tools have been stolen in the UK since 2020’, with more than a third of these stolen in London. However, West Yorkshire Police has seen the greatest value of stolen tools, peaking at £50,242,427 during 2020 and 2021.

We know that this type of crime can cause immense financial and emotional strain on the victim, with some never recovering professionally or personally. We want to help push for change.

We spoke to one group determined to do something about it.

Builders Talk Group provides strength in numbers and a supportive community for the trade. They are pushing for change in how the police and the UK government deal with these types of crimes.

We spoke directly with Liz Gribbin of Builders Talk Group, who has been conducting polls on their Facebook page to feed back to the Home Office as part of some research they are carrying out. The most voted for statement remains ‘Police don’t take the crime seriously enough’, followed closely by ‘Vans are not secure enough from manufacturers’. Voters also felt that there should be tougher penalties for tool theft, and that tool sellers should be spot-checked.

“We’re working with the Home Office to provide more accurate date“, confirms Liz. “The two-stage Home Office report is currently in ‘part one’ phase, focussing on the types of tools that are stolen. Unfortunately, we all know that thieves will generally take whatever is in the van, including radios and hand drills so this can be difficult to quantify. We’ve even seen instances of skips being stolen from outside sites!

“The second part is looking at how people’s lives are affected; the number of individuals leaving the trade – some even contemplating suicide following tool theft and having nowhere to turn – is unacceptable. The industry is already struggling with a national skills shortage, and mental health for many in construction is at crisis point already.”

“We’re really pleased that the Home Office has picked this issue up again after the last two years of the pandemic, and all work being paused for the General Election in 2019 before that. It’s easy to see why tradespeople have become disillusioned with the whole situation.”

Liz also offers advice when it comes to setting up or signing one of the many online petitions.

“Online petitions can dilute the message, and because there are so many, they often don’t reach the capacity they need to be read in parliament. A quick internet search will bring up a whole host of past ‘Tool Theft’ petitions , unsuccessful because they didn’t get enough signatures, or because the time limit has ended on them. And even when they are relatively successful, they get a 10-minute airing and little changes, because they don’t focus on the right issues, or the wording isn’t accurate enough.

“That’s why it is important to push the message through your local MP. They can make sure the right questions are being asked – and that there is a follow up to keep the conversation alive.

“Momentum is clearly picking up. The Home Office report follows the bill regarding serial numbers for resold tools, read by Greg Smith, Conservative MP of Buckingham, last year. While that may still progress, and making tools less attractive to resell is a positive move, it is still not addressing the actual theft itself, nor how the police record the theft.

“With tool theft at crisis point, and the police only reporting it as vehicle theft, and viewing it as less damaging than a home burglary, we are encouraging the trade community to write directly to their MP, as well as their local Police and Crime Commissioner as opposed to individual, diluted and seemingly ignorable petitions.”

The A-Plan team is making it a little easier to contact your MP – download this template, print, fill it in and pop in the mail. Another alternative is to simply copy the contents and email it to your MP.

Many MP’s also offer ‘surgeries’ where you are able to pop in to talk about your concerns, but we recommend calling their office to set up an appointment first to save time waiting.

Another critical factor is to ensure that you have tool insurance. It is worth checking your van insurance policy wording to understand exactly what is, and isn’t, covered. You may find that you are not covered, and need to consider purchasing separate tool cover if you haven’t already.

Speak to your broker about the insurers on the market, to make sure that your insurer is proactive in replenishing tools quickly so that you don’t need to lose more sleep, or income while you wait.

Whether you haven’t yet opted for tool insurance, or purchased new tools you need to include in existing cover, or even upgraded your van, get in touch. As we are brokers we are also here to support you in the event of a claim. Find out more about how we can help by calling your local business branch.

We are always here to help advise you on all aspects of van insurance and tool insurance, with 60 years’ experience under our belt to point you in the right direction.

Work in the trade?  Join Builders Talk Group on Facebook, or take a look at their website. The group is ‘run by builders, for builders’ and offers a range of support from advice, information on topics such as ‘designing out crime’ when it comes to your van, classified ads and of course, banter.

How much does combine harvester insurance cost?