The value of the celebrity marriage proposal

Valentine’s Day. Love is in the air and has us thinking about all things love, marriage proposals… and celebrity engagement rings. 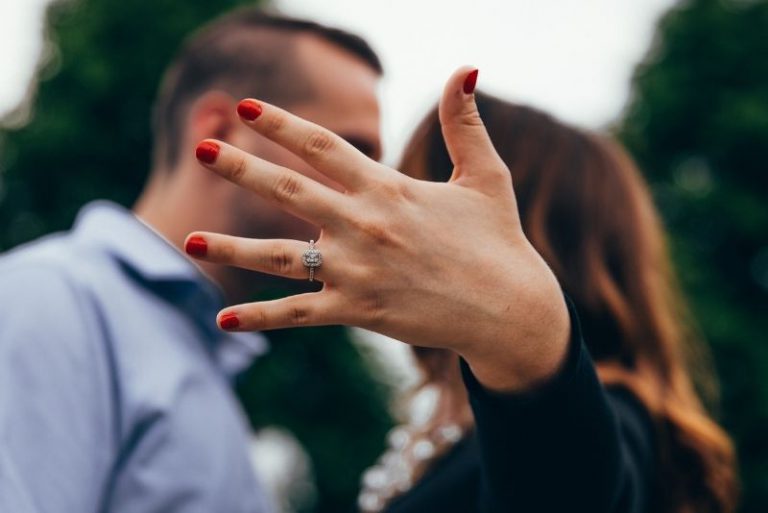 With celebrity jewellery garnering far more attention than that of the average jewellery owner, how would you go about insuring such specialist pieces? Particularly against the lavish lifestyles and increased risk of heists, as per Formula 1 heiress Tamara Eccelstone, and Kim Kardashian’s infamous Parisian gunpoint robbery.

We spoke with Rachel Doerr of Doerr Dallas Valuations, one of the UK’s leading valuers, about all things diamonds, and celebrity:

“If you have been to a jewellers recently, you may be surprised by how much more expensive diamonds are now versus a few years ago. During the pandemic the value of jewellery, and watches increased, so we have had a number of enquiries requesting valuations for these in particular.

“Due to availability of the raw materials, manufacturing costs have increased substantially. As a result, ‘home grown’ or ‘lab grown’ diamonds are now growing in trend to meet demand!”

How would you value a ring, such as Kate Middleton’s engagement ring as worn by Princess Diana? It was valued at £335,000, however with Diana’s name attached to it, how do you value that attachment?

“When it comes to heirlooms, such as the ring owned by Princess Diana, you are looking at the value of the materials, in addition to the memorabilia. And memorabilia is certainly an interesting theme to look at in a valuation. While Diana will remain British royalty forever more, items owned by ‘celebrities’, such as Elvis, or even Elizabeth Taylor, are likely to be worth less over a period of time as they become less known by current and future generations. So, the valuation of £335,000 for Diana’s ring is based on the materials, whereas the priceless element would come from the attachment of the name.”

“The question would be ‘where would you choose to replace it?’, and if Kate were to choose a replacement courtesy of Cartier or Van Cleef, she would need to insure it to that extent.

“When it comes to insuring celebrities, valuers have to take several things into consideration, including lifestyle. Highly public celebrities could be posting their ‘patterns’ online, even things like running apps can give away their home address and confirm how long they are out of the home for. Jewellery thieves will even monitor whether they post images of their children online to ascertain where they go to school – and how long the school run will take, and the house will be empty. In the case of Kim Kardashian, her Paris visit was highly publicized, and her movements available online for anyone to follow.

“In the Ecclestone case, the jewellery (estimated at $66 million) wasn’t insured, although they believed they were at the time, so it’s important to know exactly what is covered, and at what value.

“Many people consider themselves ‘not jewellery people’, but it’s surprising what people do have, and who they compare it with as it’s all relative. Many have family heirlooms. A diamond engagement ring received a decade ago could be worth so much more now, so it’s important to consider how it would be replaced. We do recommend an annual valuation, and that you always obtain a valuation in person in the first instance.”

Wondering what happened to Elizabeth Taylor’s infamous Krupp diamond ring? Although it was later referred to as her engagement ring, it was originally bought for her by Richard Burton (for $307,000) in 1968, 4 years after they wed. In 2011, it was auctioned off by Christie’s as part of her collection, reaching $8.8 million.

Elizabeth was the owner of some truly extraordinary pieces, including a ruby and diamond suite by Cartier, a diamond tiara, a bracelet featuring 50 set diamonds, a Bulgari necklace featuring a 32 carat Burmese sapphire pendant, to mention just a few. (Left: pictured with the ‘Krupp’ diamond, image courtesy Diamond Source Virginia.)

In the more modern era, Victoria Beckham, is a proud owner of 15 engagement rings! The first was a three-carat marquise-cut diamond ring, purchased for £65,000 in 1999. A later engagement ring featuring a huge pear-cut 17-carat diamond, was originally priced at £2 million. She now also owns two emerald rings, the latest designed by Chopard.

Who said you have to wear one engagement ring for life…

Wear it your way!

While not all of us would wear the Colombian emerald thorn engagement ring that Machine Gun Kelly gave to Megan Fox, which is alleged to cause pain on removal, it represents their… uniqueness.

Alternative rings have gained in popularity, particularly with the increase in same-sex marriages, with some beautiful rainbow gem rings adorning the finger of some loved-up recipients.

And, did you know that 7% of men in heterosexual relationships receive an engagement ring? While 49% of male same-sex couples exchanged one engagement ring (40% exchanged two)? It is believed that male engagement rings will continue to gain traction, which brings with it exciting design and valuation opportunities, and further celebrity antics.

Whatever your budget (and in 2022 there are no rules), the most important thing is that you enjoy wearing your engagement ring, on whichever finger you wish, and that it represents your style, personality and relationship.

What does commercial property insurance cover?

The Long Way Round for the Spirit of 63!