Top driving fear What’s the thing you’re most concerned about when you get behind the wheel? Breaking down, perhaps? Running out of fuel? Hitting a pothole? According to new research by the RAC, the UK’s … 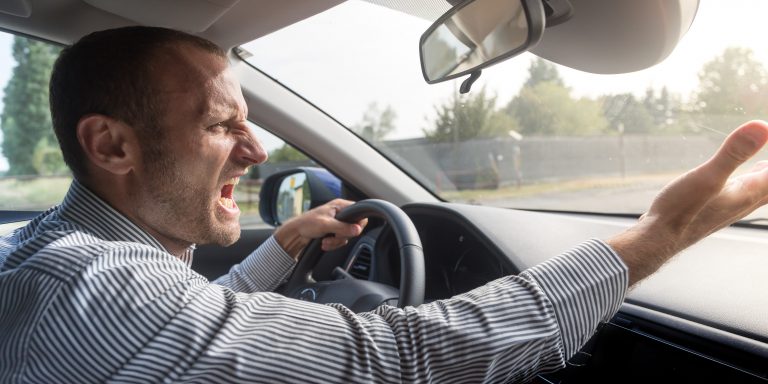 What’s the thing you’re most concerned about when you get behind the wheel? Breaking down, perhaps? Running out of fuel? Hitting a pothole? According to new research by the RAC, the UK’s top driving fear: other drivers.

The RAC’s Report on Motoring found bad driving behaviour by fellow motorists is the thing that makes drivers worry most. With 36% citing it as their top fear. Those concerns cover the dangers that arise from all manner of driving sins that put others at risk. Tail-gating, road rage, using mobile phones while driving and drink-driving being among these.

Poor behaviour on the rise among motorists

The report also suggests that poor behaviour among motorists is on the rise. With 76% of drivers believing that drivers are less patient now than they were ten years ago. That’s accompanied by 60% of respondents saying that they see more road-rage incidents now than they did a decade ago. With 50% having seen a driver verbally abused by a fellow motorist in the last year. Even more worryingly, 30% of those questioned said they’d witnessed physical abuse in the last year.

Drivers questioned in the report also admitted to a range of driving offences. Speeding, using a phone without a hands-free kit and even driving over the alcohol limit are among these. The RAC says: “Some 19% of motorists – equating to more than seven million individuals – admit they have probably driven while over the drink-drive limit in the past 12 months, either shortly after having a drink, or the morning after drinking.”

The proportion of people speeding on the motorway has decreased over the last five years. However increasing numbers of drivers admit to breaking 30mph and 20mph limits on a regular basis. This year the proportion in both cases is 44%. Well up on the 39% (for 30mph urban roads) and 36% (for 20mph urban area zones) recorded in 2018.”

The report also found that “Almost a quarter of all drivers – just under 10 million motorists (23%) – confess that they make or receive calls on a handheld phone while they are driving”. Only 15% follow the official advice to put their phones in the glovebox while driving. Many open to the risk of distraction from phones placed on the console or seat next to them, with the sound on.

Mike Quinton, the Chief Executive of road safety organisation IAM Roadsmart, is quoted by the RAC: “Current legislation focuses on handheld mobile phones, but the fact is that hands-free mobile use can be almost as bad. People think that because they are obeying the law by using a hands-free kit, they are safe and aren’t being distracted — but that’s not the case.”

It’s little wonder, then, that the poor behaviour of other drivers is a bigger worry than other aspects of driving, such as fuel and insurance costs, poor road conditions and traffic conditions. Have a read of the report’s findings in more detail here.

Tool theft on the rise.