The problem with driverless cars 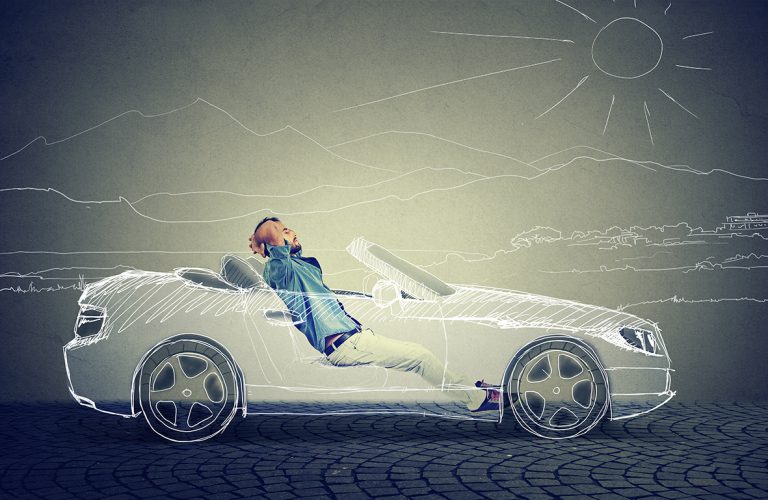 Imagine the world of the future, and one of the first technological advances you’ll probably think of is autonomous vehicles, otherwise known as driverless cars. In fact, the future is already here: autonomous vehicles not only exist, but they’re even on the road courtesy of Tesla, who claim that all their vehicles have “full self-driving capability at a safety level substantially greater than that of a human driver.”

Indeed, the ability of autonomous cars to eliminate accidents caused by human error is a major part of their appeal. However, the Autopilot hardware in Tesla’s cars allows for full autonomy, it’s not yet fully enabled because it’s not yet legal. So, with the news that driverless cars could be on UK roads by 2021, what are the problems car manufacturers will have to overcome to get them road-ready?

While driverless car technology has come on in leaps and bounds, there are still some major flaws. For example, bad weather, such as heavy rain or snow, interferes with the sensors so that the car may be unable to understand road markings.

Sensors also can’t watch for subtle human cues from other road-users that could indicate their intentions; a human driver can see that another driver hasn’t noticed them, but can a driverless car? Similarly, we can see whether another car is being driven erratically, and would therefore know to keep more of a distance from it, but could a driverless car?

What’s more, because driverless cars rely on GPS, issues with Google Maps and other mapping software providers will need ironing out. We’ve probably all experienced issues with sat nav systems taking us on routes that just aren’t suitable for our cars, but if a car is truly to be autonomous, mapping will need to be improved.

While we’re on the subject of software, there’s also the possibility that a driverless car could be hacked, as has already been a problem with internet-enabled vehicles in production today. Thanks to the fact that the cars are connected to the internet, would-be thieves or car-jackers no longer even need to be anywhere near your vehicle.

Ethics are another concern with driverless car technology. For example, should the car swerve to avoid hitting a child running into the road, if doing so puts your life in danger? Similarly, they’re unlikely to be capable of judgement calls such as whether it’s worth swerving to avoid hitting a pheasant as opposed to a pet dog.

Finally, car insurance is another area that could see major change with the advent of driverless vehicles. Currently, in a car accident, it’s one or other of the drivers of the vehicles involved who are held liable; unless there’s a known fault with a vehicle and it can be shown that it’s what caused the accident, the car manufacturer doesn’t get involved. All that could change when cars become truly autonomous, and drivers no longer have control over the vehicle and its actions.

Driverless cars are still some way off being let loose on Britain’s roads, so for the time being, it’s business as usual. If you’d like to talk to us about anything to do with car insurance, contact our motor specialists.

Driving other cars: are you insured?

Is your car insured correctly?