As part of our inflation-buster series, this month we’re exploring mobile phones, contracts, SIM-only, extras and everything in between. 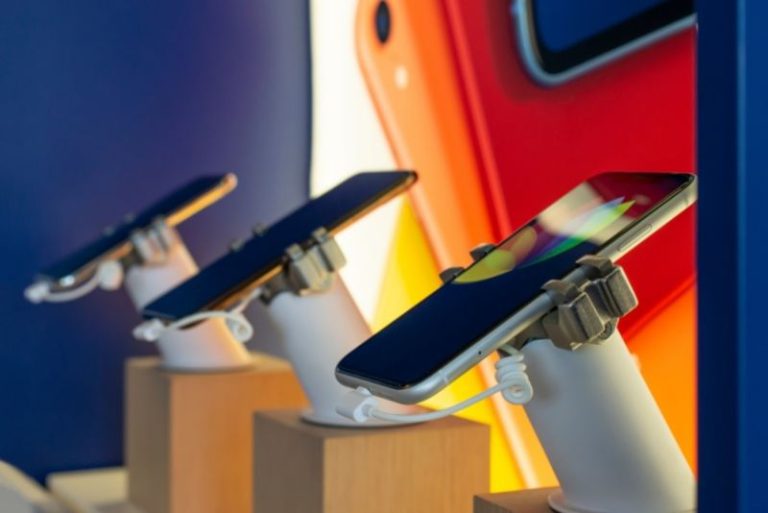 An elderly family member wandered into a well-known mobile phone retailer, interested in a new iPhone. He hadn’t had a new phone for around three years and wanted some new tech. What he did not need was the oversell on a device with a semi-professional camera, an unlimited data package with unlimited calls and texts, at £72 per month, on a fixed income.

It was unclear as to why he was convinced he needed unlimited data, particularly after outlining his usage. In fact, most users get by on 2GB with plenty to spare (Ofcom’s average is 2.9GB data).

Prior to this, he was paying around £26 per month for his old phone, however his contract had expired at least a year earlier and, as he was not offered a ‘downgrade’ by his provider, he was already overpaying. As he’d continued to use the same device, he could have been advised to opt for a SIM-only deal, which could be as inexpensive as £5 to £10 per month, as the device element had been ‘paid off’ within the contract period.

He used Wi-Fi at home, didn’t game, didn’t have Netflix or any other streaming service, used Messenger as opposed to texts (and most contracts are unlimited texts now anyway), and generally used the device for web surfing, Facebook, the odd photograph on a day out, and calling friends and family (although he also still used his landline so, in effect, also paying for two call packages).

Clearly, he was taken advantage of, but he is not the only person who finds themselves oversold on tech, it can happen to anyone, of any age. After all, nobody contacts you at the end of your contract to advise you that you can now pay less, do they?

Why are mobile phone contracts so expensive?

Mobile phones are a ‘utility’ these days, and just like all the other utilities that are rising in price, so too are mobile phones and in particular, contract costs. The problem is, we all now need one, some would argue that we are ‘addicted’ to them, and certainly social media has its role to play.

We can be lured into thinking that we need to stick with the same supplier to ‘upgrade’ and that paying over the odds for services, like too much data, or too long a term, is just part of the package.

We can easily be guided by their recommended or ‘standard’ packages, as opposed to what we actually need. In short, we end up paying far more than bargained for.

One way around the over-inflated package price is to own your own phone. Treat your mobile device and your SIM as two separate contracts.

Buying your phone outright can seem like a big outlay, but it’s likely to cost a lot less than the provider will charge you over the term of a contract. If you still prefer to spread the cost, one idea is to use a 0% credit card and repay a set fee each month so that you become your own ‘contract’. When you pay it off, you know you own the phone, and just continue to pay the separate monthly SIM fee until you’re ready to upgrade yourself.

Here we illustrate the price of an inflated mobile phone contract versus how much a device would cost you if you bought it outright, using a SIM-only contract, spread over the same contract length.

As most phones slow at around the two-year mark, we have reduced the contract to two years as opposed to the increasingly common three-year contract, which can leave you having to pay a penalty to ‘upgrade early’.

We have assumed an ‘average usage’, so if you are a data-consuming gamer, the math may look a little different (although there are ‘big data’ SIMS available at bargain prices). We have also rounded the figures to the nearest Pound Sterling.

This equates to £42 per month.

This works out at a whopping £25 difference each month, for an identical package, or £600 over the term of a two-year contact.

It makes little difference who or what you switch to.

This equates to £40 per month. Another huge saving on the contract price of £51 per month for the identical package, or £257 savings over the course of a two-year contract.

It’s worth noting here that these are just examples, using the O2 app for upgrade costs, and Curry’s online for standalone mobile costs in June 2022. But use the formula and you will see this ‘premium’ for a contract applies across the board.

The cost of the SIM can also be reduced even further, with offers currently starting at just 99p per month for a similar package with Lebara, or from £5 per month with Three, and some providers offering the first three months for half price.

If you are looking for more data, BT’s Plusnet recently promoted a 12GB data SIM for just £4.50 a month.

A member of our team just switched from 2GB data, 500 minutes for £10 per month, to 20GB and unlimited minutes for just £8 per month with O2.

Offers do change, so shop around.

These days it’s so easy to switch your SIM card from one device to another, or even switch suppliers and keep the same number, so why pay an upgrade premium to stay with the same provider?

If you find that one supplier gives you better signal coverage, great, switch to a SIM-only package with them (up to £10 per month is reasonable based on average use).

Remember: You do not have to keep paying the same monthly price once outside of your contract. Your monthly payment should be reduced so speak to your provider and switch to SIM-only. This can be a huge cost-saving if you are happy to keep your device longer than the contract period.

Top tip: Try comparison sites like Moneysupermarket.com to see how much your current SIM would cost outside of your mobile phone contract.

If you’re in contract, explore your upgrade options properly. As illustrated, you’ll find that most upgrade packages are excessive in every way, from data allowances to price.

This is where it’s worth having your providers app to see the breakdown of the upgrade, or log into your account via your browser. If you know you can walk away, pop into a retailer and ask them. Review the contract length and times your monthly cost x 24 or 36 months for comparison purposes.

While you can ‘customise your plan’ and reduce your upgraded data, minutes and texts, all of the recommended plans are designed to pressure you to opt for more than you need.

Once you have the information, think again and shop around.

Finally, consider that you don’t have to upgrade or change your phone at all.

Consumers have been pressured into thinking that this is something we need to do when a new make or model is released. Moving away from this thought process can save a fortune and be less wasteful. So, if your device still works, why not hold onto it? It could be a smart move with the current cost of living crisis.

Cashback to pay for your mobile phone bill?

Did you know you could not pay any airtime at all?

Airtime Rewards offers you a form of cashback between 1% – 5% when you spend at certain retailers. The cashback is converted into money off your mobile bill (check your provider is eligible). Participating retailers currently include Boots (5% cashback), Argos (2%), Wilkinson (4.5%), Wagamama (3%), Greggs (1%, or 3% over £5), Papa Johns (4%), Laithwaites (a generous 10%), Clarks (5%), Holland and Barret (2%) and many more are currently part of the scheme.

Buying your next smartphone outright from an Airtime Rewards partner like Argos could even see it paying for your airtime, saving you even more money!

If you have found this article of interest, why not take a look at our other inflation buster blogs – Discount clubs, Energy saving hacks or Direct Debits you may not know about. 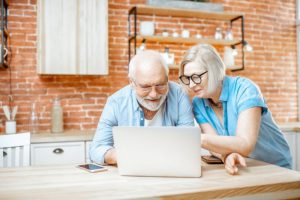 Where are you most likely to pass your driving test?