Smart motorways – what to be aware of 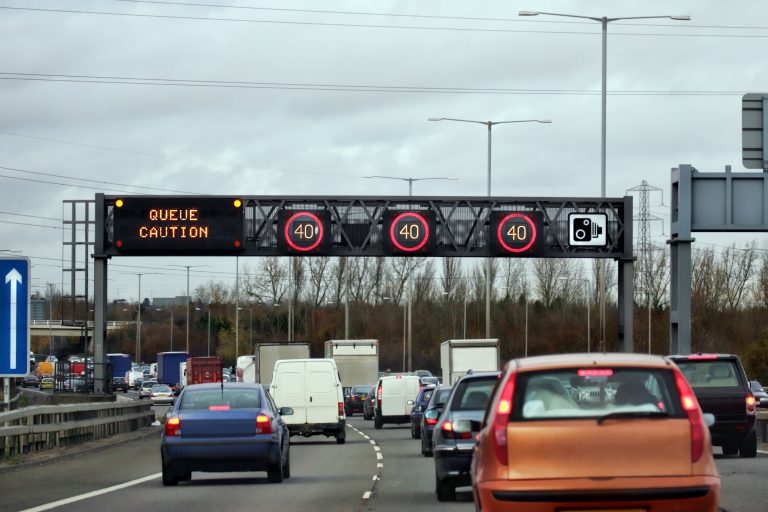 In the UK, smart motorways use technology to actively manage the flow of traffic. The technology is controlled from a regional traffic control centre. The control centres monitor traffic carefully and can activate and change signs and speed limits. This helps keep the traffic flowing freely.

Smart motorways also increase the capacity of the road, without the expense and hassle of widening the road, by either temporarily or permanently opening the hard shoulder to traffic.

In addition, 27% of motorists don’t appear to know what variable speed cameras are and 19% admit that they are often unsure if the speed limit is advisory or compulsory.

How do you know you are on a smart motorway?

There will be overhead gantries which indicate the speed which is allowed at the time. These might stretch across the whole motorway or there may also be large nearside signs. Speed limits can vary: 70, 60, 50, 40, 30 or even 20 mph. You must not exceed the limit that is being displayed at the time. Other identifiers are a hard shoulder which can be opened or closed, depending on the driving conditions. If there is a red X displayed over a lane of the motorway, this means that you must not proceed in that lane. You can be prosecuted if you do. There will also be digital speed cameras, CCTV cameras and emergency refuges

What types of smart motorways are there?

Tips for driving on a smart motorway

How SMEs can avoid being underinsured

Protecting your commercial property from squatters