In the second quarter of 2017, confidence as measured by the Small Business Index*, wavered for the first time since the referendum vote last summer. After the steep rises that were seen towards the end … 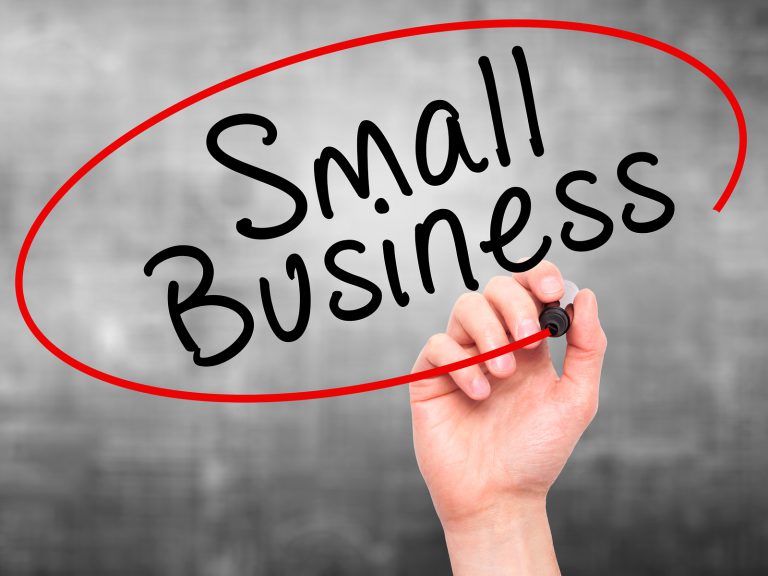 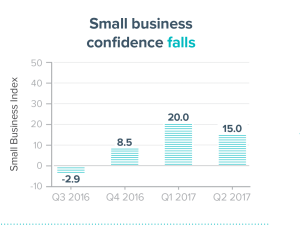 In the second quarter of 2017, confidence as measured by the Small Business Index*, wavered for the first time since the referendum vote last summer. After the steep rises that were seen towards the end of 2016 and early 2017, the headline confidence measure fell to +15, down from +20 in Q1 2017 (although still firmly in positive territory and higher than a year ago). There were substantial regional variations in small business confidence: The East Midlands (+35), Wales (+31) and London (+25) had the highest regional confidence readings, while Yorkshire (+14), the North West (+9) and Scotland (-4) are among the lowest.

Small businesses reported that they are particularly concerned about the rising costs of doing business, with a net balance of 66.1% reporting an increase in the overall cost of operations during the past quarter. This figure is the highest it has been since Q2 2013. This is largely being driven by the increase in cost of utilities, inputs, fuel and also by the exchange rate movement. With consumer spending being squeezed by inflation and sluggish wage growth, businesses are likely to find it harder to remain profitable. Official figures already showed the first decline in retail sales in 3 years in Q1 2017 and small business confidence is lowest in the retail and wholesale sector.

Although the exchange rate is hindering businesses that are reliant on imports, the flipside is that exports are continuing to rise. 20% of exporting businesses have reported that the value of their exports has risen in the last quarter. Another positive piece of news is that the number of firms reporting that they have made successful credit applications is the second highest it has been with 74% reporting positive results. Meanwhile, small business confidence in the tech sector remains strong. ONS data saw economic output in the computer programming, consultancy and related activities rising by 11.4% in the UK in the last year, compared to an average 2.9% seen across all service industries.

10 free things to do with children this summer