How will the new Highway Code changes affect me?

It’s a question that has popped up in several of our branches – so we thought we would offer our insights into the 2022 Highway Code changes and some of the ways it could affect you. 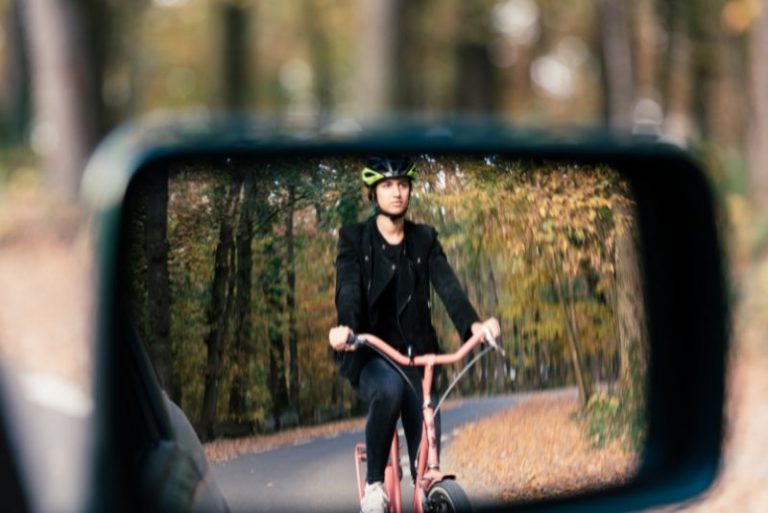 As of the 29th January 2022, changes to the Highway Code come into play. Described by the press as a ‘huge shakeup,’ this time, it’s all about ‘Road Hierarchy’ – and some polarising new rules (not yet ‘laws’) that come with it. According to a poll conducted by the AA before Christmas, two thirds of motorists weren’t aware that changes were underway, so we are hoping that this summary may help.

Where do I stand in the new Highway Code ‘Road Hierarchy’?

The new system comes complete with a road hierarchy guide, which has been redesigned to give the most vulnerable road users (i.e., pedestrians and cyclists) more prominence when it comes to protection and right of way at junctions.

Love it or hate it, for car users that means that you are 5th on the list, van drivers, you are number 6. Pedestrians, cyclists, horse riders and motorcyclists all feature higher up the hierarchy chart.

Why has the Highway Code changed?

The new ‘Rule H1: New Hierarchy of Road Users’ has evolved as the Department of Transport has positioned vehicles in terms of those than can “cause the greatest harm in the event of a collision” and “bear the greatest responsibility to take care and reduce the danger they pose to others.”

The Department for Transport has previously illustrated that 4,290 pedestrians were killed or seriously injured from the beginning of 2020 to June 2021. What is surprising is that, during this time, we faced varying tiers of lockdown which reduced traffic.

Prior to that, there were 6,590 pedestrian deaths in 2019, and overall, a 60% increase in fatalities since 2009. It is estimated that more than 100 cyclists are killed, and more than 3,000 are seriously injured on UK roads each year on average, and of course there are many more accidents that are less serious which aren’t reported to the police.

Much like the enforcement of front seat belts were introduced to the Highway Code in 1983, and rear seatbelts enforced in 1991, these changes may polarise some. But, like then, the end goal is to keep people safe, and that can’t be a bad thing.

What is the Dutch Reach?

This is a new rule in the 2022 Highway Code, which may have some confused.

The term is derived from a Dutch car safety technique, which involves you opening the car door from the inside using the hand that’s furthest away from the door, i.e., our left hand to right door.

It’s to prevent what it referred to as ‘dooring’, when you accidently open the car door into the path of another road user, whether cyclist, pedestrian or other vehicle. In short, it makes your head turn when you open the door so you will be more aware as to what is passing you, like a cyclist, for example.

What are the new Highway Code rules for cyclists and pedestrians?

Good news for the horse community as riders or horse drawn vehicles in the left-hand lane must be given priority by drivers.

We touched base with Lydia Heywood, A-Plan’s Equine Insurance specialist (pictured on her horse, Flynn, below) to find out how the community is reacting to the update.

“Country lanes have become increasingly fast and treacherous to ride on, so we welcome these changes to the Highway Code. Sadly, statistics still show that up to two horses are killed on UK roads each week, and we are hoping that changes to the Highway Code will help prevent these devastating deaths – there is always an unpredictable element in horse riding, so these precautions should help keep everyone safe.”

“We still have a big part to play in terms of visibility, and we always encourage riders to wear hi-vis to ensure they are visible from a distance, which allows drivers to reduce their speed earlier. And we will still be following the unwritten rule of thanking considerate drivers when it is safe to do so.”

Will the Highway Code changes affect my insurance?

Would failure to open your door using the Dutch Reach impact on liability? How would liability be determined using the new rules? Christopher Beane, A-Plan Shrewsbury’s Branch Manager offers some guidance:

“Generally speaking, an insurer would pay a third party claim where a client is found to be liable for damage or injury, unless they have specifically excluded liability by way of their policy wording or by endorsement. If any damage or injury were caused to a third party where the client had failed to open their door using the Dutch Reach method, I would certainly still expect the insurer to pick up the liability in this case.

“It’s important to keep an eye on policy wordings and whether any Highway Code specifics are mentioned, however I can find no mention of the Highway Code in policies at present. If an insurer wanted to reduce their risk to incorporate these specifics, I would expect them to write that into their policy, but even then, it shouldn’t be a reason to withhold cover for third party liability.”

Hopefully, that puts your mind at rest.

Will I be fined?

There are reports circulating that, from 29th January 2022, if you open your door the wrong way (i.e., not the Dutch Reach), you could be fined up to £1,000, but points won’t be added to your license. However, it is important to confirm that the Department of Transport has released the changes as ‘advisory’. They have stated that “although failure to comply with the ‘advisory rules’ of the Code will not, in itself, cause a person to be prosecuted, The Highway Code may be used in evidence in any court proceedings (under the Traffic Acts) to establish liability.”

They continue to confirm that, ‘Enforcement of the law is a matter for the police who will decide, on the evidence of each individual case, whether an offence has been committed and the appropriate action to take’.

It does appear that the emphasis is on road courtesy, awareness of our surroundings, and accountability, whether you are a pedestrian or HGV driver, as opposed to focusing on crime and punishment as a deterrent.

Although these insights may help, we do recommend obtaining a copy of the latest Highway Code to ensure you fully understand all the changes.

Do I need fleet van insurance?

How do you get insurance when you buy a new-build home?