Fuel prices up by 55% – and fuel theft doubles!

Fuel price rise damaging your business? Here are some ways to counter the costs. 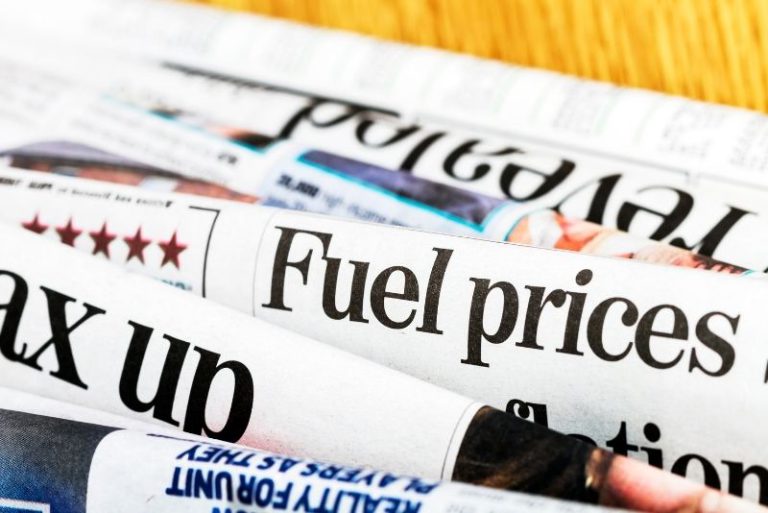 The Spring budget should reduce van driver’s fuel by £200 a year on average, which is unlikely to make much of a dent for many, particularly given the up-to-55% fuel price rise over the past two years.  Finding lower priced fuel in your area will remain critical over the next year, but there are plenty of other elements to consider, from keeping your business costs low, to remaining cautious, to help counter the higher fuel prices.

Fuel theft on the rise

Alongside the spate of fuel theft that has occurred since the price shot up, van and tool theft continues to blight the trade across the UK.

Siphoning of fuel has increased of late, with diesel and heating oil a growing target alongside their growing value. Recently featured in The Times, criminal gangs are targeting fuel from vans and lorries, with vehicles left damaged, and on occasion, drivers seriously assaulted.  According to The Times, pipes are fitted into tanks with the fuel carried as far as half a mile! The fuel is then sold on the black market.

In January, fuel theft accounted for 38% of all cargo crimes, with these stats double what they were a year ago, with four incidences reported every day.

And, as if the trade doesn’t have enough to deal with, it isn’t just fuel that is being targeted.

According to a survey conducted by VW, one in four van drivers fall victim to tool theft – and 57% of van drivers still leave their tools and equipment in their vehicle on-site or overnight. The RAC also estimates that, on average, 30 vans are stolen every day in the UK, at a hefty cost of almost £62 million to affected businesses. While 31% aren’t protecting their vans with additional alarms, locks or tracking devices – installing one can generate an insurance discount.

So, while the stats aren’t easy to digest, there is still plenty that can be done.

Many of our clients have told us they are more selective about where they work to save on fuel, with one having seen his daily journey increase from £120 to £200 for out-of-town work, overnight.

The impact of increased fuel prices on the bottom line can be significant now, particularly if the extra costs haven’t been considered in a quote issued prior to the rise in diesel fuel prices.

Add to this the rising cost of building materials against the increased demand (with customers now also concerned about inflation and wanting to knock prices down), makes this a melting pot for the industry.

Reducing mileage is a quick win for some. The knock-on positive effect of less mileage can also be a reduced insurance premium. Most insurers don’t discount over 20,000 annual mileage, so reducing your mileage won’t only impact your fuel, but potentially open up more competition when it comes to your renewal date.

There is also something to be said for careful planning. Many are moving away from collecting materials from a merchant or popping out during the job to pick up additional stock, or an item. Instead, our savvy clients are finding that there are fuel savings to be had by getting organised and arranging for the merchant to deliver materials directly to the client’s address, further reducing fuel and mileage.

This way of working has worked well for many who were able to then reduce their van size, opting for a small, more economic van, or vans, containing only their tools over a bigger transit van.

And while schemes like the Clean Air Zones encourage the trade to convert to electric, the reality is that we expect to see diesel for some time. Electric vans are still marketed at premium prices – it is simple maths to work out whether to purchase a diesel van for £20,000 versus an electric van, which are considerably more expensive as the electric van market evolves.

Interestingly, many insurers still aren’t even considering policies for electric vans at this stage (although it is possible), so diesel it is for most, for a while longer at least.  So, if you are likely to be diesel-powered for a little longer, consider a fuel theft control system for your van and fill your tank at the lowest price in your area – try our Local Fuel Prices app here.

Other ways to save

Whether reduction in mileage or change of vehicle to a smaller van, there are ways to bring down your van insurance premium, so if you have reduced your travel due to the fuel price rise, it’s worth talking about. There are many benefits to be had by using a broker.

For example, if you have a van policy, having public liability in force can generate a discount with some insurers. Insurers can also lower premiums for professionally racked and sign written vans – as sign-written vans are more identifiable and less likely to be stolen (if you haven’t branded yours yet, now is the time to consider it).

Switch any driver van insurance to named drivers if possible, or if you own a small business and own more than one van, talk to your broker about mini fleet insurance to potentially reduce the premium further. Insurers are currently looking at black box and pay-as-you-go type policies so it’s worth keeping in touch with your broker to find out about new developments.

A-Plan’s Commercial van team can advise you on many ways to reduce your next van insurance premium. Get in touch with A-Plan’s specialist van team directly on 0121 733 4838.

Decluttering your home and mind