Driving in France is generally a more pleasant experience than travelling on UK roads. France is approximately two and a half times the size of the UK but with roughly the same population. Consequently the … 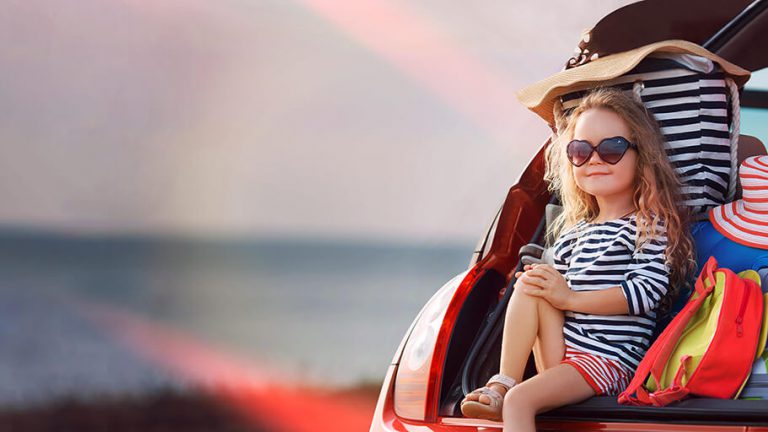 Driving in France is generally a more pleasant experience than travelling on UK roads. France is approximately two and a half times the size of the UK but with roughly the same population. Consequently the roads are generally less congested outside of the main cities. However, there are certain things you need to be aware of. Here are our top 10 tips for driving in France.

1. Obvious one really – you need to drive on the right! This can be particularly tricky when you are in a town or built-up area. As a general rule, however, you should give way to any vehicle joining the road from the right <<priorité à droite>> unless you are at a roundabout, in which case you give way to the left!

2. Kit to carry. This can change over time so you should check with a website such as the AA or RAC before you leave. At the time of writing, you need to carry the following in your car when driving in France (Source: RAC):

Reflective jackets (one for each occupant, these must be kept inside the vehicle within easy reach)
Warning triangle (compulsory in every vehicle with 4 wheels or more)
Headlamp beam deflectors (depending on your car, you will either need deflector stickers or have to adjust the beam manually)
Breathalysers/alcohol test (as of January 2013 the French government announced that the introduction of an €11 fine for not carrying one has been postponed indefinitely)
A GB sticker (or ‘euro’ registration plates featuring the GB initials)

3. City driving. Paris has introduced a Low Emission Zone which this means that although diesel and petrol lorries and buses made before 1997 have already been banned in Paris, also from July 2016, petrol and diesel cars registered before 1997 will also be banned from 8am to 8pm on weekdays. By 2020, only vehicles made in or after 2011 will be allowed. You now need a Crit’Air sticker displayed on your car when travelling to certain cities. The stickers are currently in use in Paris, Lyon and Grenoble. It costs £3.60 and drivers face an on-the-spot fine of almost £120 if they don’t have one.

4. Speeding/on the spot fines. Speed limits on autoroutes: 130 km/h (80mph); 110 km/h (70mph) when it rains. In town centres, the limit is 50 km/h. Penalties can include fines of up to €1,500 and confiscation of the device and vehicle. French law prohibits drivers from devices capable of detecting speed cameras and warning drivers of their location. This has recently been extended to include GPS-based systems capable of displaying fixed speed camera locations as points of interest.

A new EU cross-border directive cames into effect in the UK in May, which is aimed at tracking down people who commit traffic offences in cars that are registered in an EU Member State different to where the offence was committed. This means if you commit a speeding, or any other driving offence abroad, now the crime will effectively follow you back home to the UK where you can still be prosecuted.

It is therefore more important than ever to check the speed limit and to stay within that legal limit.

5. Fuel. Diesel fuel <<gazole>> is still comparatively cheap in France and is sold everywhere. Unleaded petrol <<essence sans plomb>> is more expensive. Be aware that rural petrol stations may close on Sundays. Like in the UK, large supermarkets and hypermarkets sell fuel at a considerable discount compared to filling up at one of the service stations on the motorway.

6. Tolls. Motorways in France have a toll system <<péage>> which vary in price. Tolls can be paid with a credit card or by cash (although it is sometimes trickier to find a toll booth which allows you to pay in cash). Debit cards are usually not accepted. An easier way to pay, particularly for longer journeys, may be to buy an automatic payment tag <<liber-t>> which means there is no need to stop at  entrance or exit gates or lower the window as you place the tag on the windscreen. You pay a monthly bill covering all journeys. Not all motorway operators offer this to UK drivers but Sanef does and it is likely that others may follow.

7. Service stations. These are a mixture of rest areas/picnic spots with basic toilet facilities and more commercial service stations like in the UK. Known as <<aires>>, they are 10-20km apart with petrol stations every 40km. Avoid driving long distances without taking a break. It is recommended to stop every couple of hours to stretch your legs, get some fresh air and refreshments.

8. Driving in France with children. Children under 10 are only allowed in the front seats if:

If a child must travel in the front under the above circumstances then they cannot be placed in the front seats with their back to the direction of travel if the vehicle is fitted with a passenger airbag (unless it is deactivated). They must travel in an approved child seat or restraint adapted to their size. In the rear they must use a proper restraint system appropriate to their weight, which means a child seat if they weigh between 9 and 15 kg. Over this weight they can use seat belts with a booster cushion.

9. Breakdown. If you break down on a French motorway, you cannot use a private breakdown company to recover you and must use the official company approved by the motorway operator. If you break down you should use the orange emergency telephones which are situated every 2 km along main roads and motorways to call the police or the official breakdown service operating in that area. Alternatively, if no orange telephone is available motorists should call the emergency services by dialling 112. Minor problems are fixed in situ. For more serious problems, the breakdown service operator will tow the vehicle to a safe place (where you then may be able to use your own breakdown provider). Breakdown call-out and towing fees are set by the French government and vary considerably.

10. Documentation. When driving in France the following documents should be carried:

For all your insurance and breakdown cover needs when driving in Europe (including travel insurance), be sure to speak to your local A-Plan branch before you set off. Bonnes vacances!

Health & Safety Fines – One Year On