Can you insure an imported car in the UK?

The vast majority of cars in the world drive on the right side of the road. This includes most of Europe, the USA, and more. It is mainly the UK and Commonwealth countries that drive … 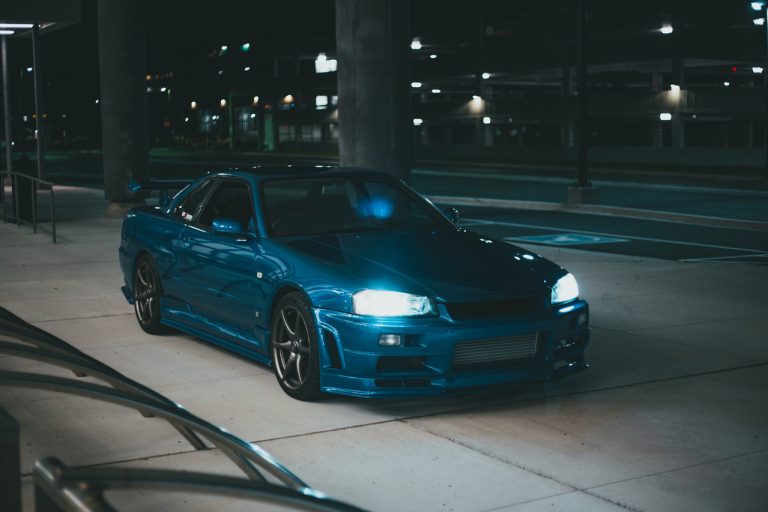 The vast majority of cars in the world drive on the right side of the road. This includes most of Europe, the USA, and more. It is mainly the UK and Commonwealth countries that drive on the left side of the road. This means that car manufacturing countries like the United States do not build vehicles specifically for UK roads. They often come with different specifications and are more powerful than cars found in the UK. This can make things tricky when it comes to buying car insurance for imported cars.

Because cars built in the USA are built with left-hand drive, and are not specialised for the UK, they are often not put up for sale here. This is less of an issue with European carmakers, as they are mostly altered for right-hand drive before reaching UK roads. This includes the car production powerhouse that is Germany. Japanese vehicles are already right-hand drive, so Japanese companies do not need to alter the structure, and design, of their vehicles to suit British roads.

However, much of the US market produces left-hand drive cars only. There are some exceptions (largely driven by demand) and thankfully more vehicles are being built with right-hand drive steerings for the UK. However, in some cases, the only option is to have the car imported, left-hand drive and all.

If you are thinking of importing a car from abroad, then you will need to get insurance sorted, just as if you were buying a car in the UK. Read on to find out more about insuring an imported car in the UK.

How do you get car insurance for an imported car?

Is it hard to insure an import car?

It is both more complex and more expensive to insure imported cars. Car insurance for imported cars tends to have higher premiums.

Why are imported cars more expensive to insure?

Why do some countries drive on the left and some on the right?

Allegedly, some evidence shows that left-hand traffic dates back to ancient Rome. Archaeological digs show that carts and chariots were driven on the left, and it has been surmised that this spread throughout medieval Europe. It has been theorised that this was done to allow a free hand to wield a spear or sword. Most people would be right-handed, so they could hold a sword in their stronger hand, whilst steering with their left.

Measures were introduced in the UK in 1773 and 1835 enshrining left-hand traffic into law. France adopted right-handed traffic, and each nation spread its influence on countries across the world.

The United States also began steering from the left side and driving on the right in the 18th century. To control a team of horses, that pulled large freight wagons, drivers would sit on the back left horse rather than at the front. Henry Ford further implemented this when he built the Model T which was built with the steering wheel on the left. The Model T was perhaps the most influential car of all time, which further explains why Americans drive on the right.

Why are cars imported to the UK?

One might wonder, why are imported cars necessary. After all the UK’s favourite car – routinely being named the highest selling car is a Ford. It would seem that with so many American cars (Ford Fiesta) in the UK, importing cars would not be needed. However, Ford UK as a subsidiary of Ford Motor Company only sells a selection of the Ford catalogue. Up until 2016, the beloved Ford Mustang was not made available to buy in the UK. This meant that for over 50 years the only way to buy this iconic car was as a left steering drive, import car.

It is mainly down to culture and economics. For example, the Ford Fiesta is no longer made for sale in the US because of poor sales. On the other hand, their F-series pickup truck is the highest-selling vehicle in the US. Seemingly we prefer UK vehicles to be smaller than that of our transatlantic cousins.

For certain models to be released, the demand has to be there to make them financially viable. This is the same for all imported cars from all foreign countries.

What are grey imports?

Grey imports are any vehicles imported outside the EU but are most commonly associated with Japanese imports. For example, Japanese cars may be built in Europe but it is only a grey import if it is made in Japan. Grey import vehicles typically have higher or different specs than their European alternative.

How can you reduce the cost of imported car insurance?

Much like regular car insurance if the car meets the definitions of a classic car, they may be able to join a classic car club, some of which allow members to claim insurance discounts.

Other than this insurance providers use the same principles when weighing up the risk of an insurance policy. To cut the price of vehicle insurance you can:

For complex historical reasons the way people drive across the world is fractured. Some drive on the left, some drive on the right, and steering can be on the right or left also. This means that the international sale of vehicles is not as simplified as other international trade items. Some do not want to drive with the steering wheel on the ‘wrong’ side of the car. For this reason, some would rather not import a car from the US for example.

A grey import from countries like Japan is more palatable as the steering wheel is on the same side as any other car from the UK. There are a number of reasons that make insuring imported cars more expensive, including:

Before insurance can be given it must be vehicle approved. Imports need to be listed with the DVLA. The DVLA will also need to supply a vehicle registration number for a new car import. A driver must also pay VAT and car tax. A grey import will need Individual Vehicle Approval whilst a parallel import will need a European Certificate of Conformity. This ensures imports meet the same minimum standards as UK vehicles.

There are a number of ways to cut costs to consider before you compare quotes. This includes:

What does builders’ insurance cover?

How much does combine harvester insurance cost?