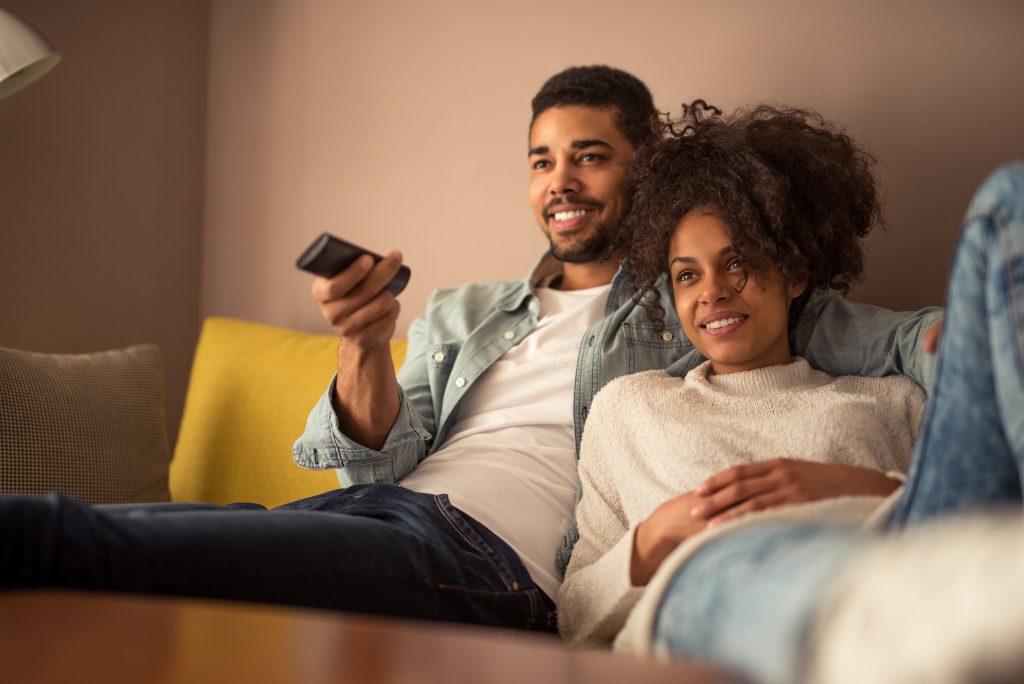 If the monotony of lockdown is setting in, there’s no better way to switch off than by retreating into the world of a good film. Here are ten great movies you can watch on Netflix to keep boredom at bay.

Set in 1971, The Post centres on The Washington Post’s attempts to publish the ‘Pentagon Papers’ – secret documents charting America’s involvement in the Vietnam War. Tom Hanks and Meryl Streep star in this American political thriller by director Steven Spielberg.

A tale for anyone whose marriage is feeling the strain under lockdown, Marriage Story stars Scarlett Johanssen and Adam Driver as a couple going through an increasingly acrimonious divorce. Also featuring a radiant Laura Dern as one of the divorce lawyers, this film pulls no punches in its depiction of relationship breakdown.

If you’re trying to keep the kids entertained and fancy a change from Disney, Netflix has nearly all the Studio Ghibli films, including Spirited Away, My Neighbour Totoro, Arriety and many more. These family-friendly Japanese fantasy cartoons have excellent English voiceovers, so you won’t need to worry about whether the kids can manage subtitles.

This film is expected to break a new Netflix record with over 90 million households worldwide set to watch it, according to Digital Spy. It’s well worth a watch if you don’t mind fast moving action scenes with lots of violence. Tyler, the central character is paid to rescue the son of an imprisoned drug lord, who has been captured and taken to Dhaka.

Borrowing content from several Shakespeare plays, The King stars Timothée Chalamet (whom you might have seen portraying Laurie in the recent adaptation of Little Women) and Robert Pattinson in this historical drama about King Henry V. Chalamet plays the party prince Hal, with the film exploring the weight of his responsibilities as he reluctantly assumes the crown.

Margot Robbie’s incredible portrayal of the infamous figure skater, Tonya Harding, depicts layers of Tonya’s life, from the domestic violence from her mother, followed by her husband, whilst she battled her prove her skills on the rink. Watch as her life unravels when her ex-husband conspires to injure Nancy Kerrigan.

Gary Oldman also features among the all-star cast of this comedy drama led by Meryl Streep, who stars as a woman investigating a money laundering operation. It’s based on the Panama Papers scandal, which uncovered the dodgy dealings of some of the world’s richest people, and it’s directed by Steven Soderbergh, of Ocean’s Eleven fame.

If you don’t mind a bit of violence, you can’t go wrong with the Martin Scorcese/Robert De Niro/Al Pacino team, back again with this tale looking back at the life of a top hitman. This one is a little slow to start, but if you’re stuck for things to do in lockdown, this epic film will take up a whopping three and a half hours of your time – perfect for when a rainy day stops your daily exercise.

Adam Sandler, known for his comedic film roles looks unrecognisable in this film. This New York city jeweller hustles and risks everything to avoid angry collectors in this on-the-edge-of-your-seat drama.

Whether you’ve seen this already or not, it should be on your must-see movies. Leo DiCaprio deservedly won an Oscar for his role in this film about a man left to die in the wilderness. Watch as he battles through various horrors in this beautifully shot tale of revenge.

Easter activities for the whole family

What Netflix shows to watch during Lockdown