If you spend a lot of time on the road and travel into different regions, you’ll need to know the new Clean Air Zones planned for 2022, the grants you can get to upgrade, and the penalties to avoid. 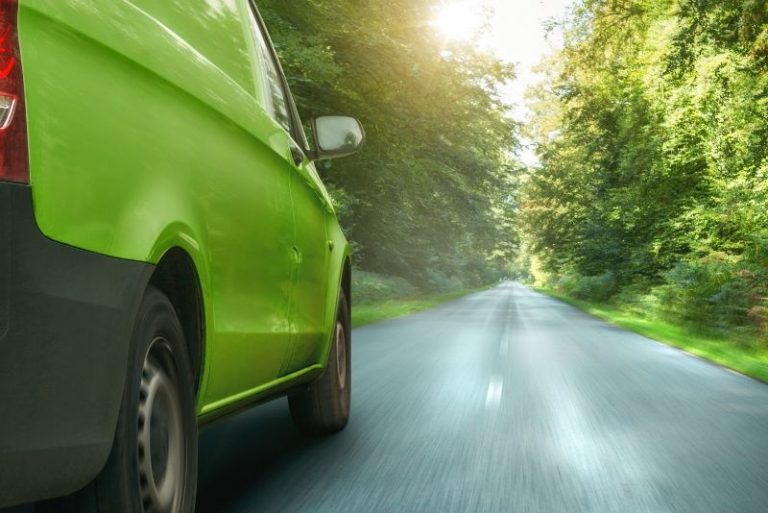 Many towns and cities across the UK have announced the development or extension of Clean Air Zones which will affect both petrol and diesel vehicles. We run through some of the most recent schemes and outline what you need to know.

What are ‘Clean Air Zones’?

A Clean Air Zone (CAZ) is an identified area where the oldest, most polluting vehicles are issued a daily charge if they enter the zone, which you will need to pay online. It works in a similar way to the low emission zone in London. It is a UK Government scheme designed to target high-pollution areas, or areas ‘which exceed European legal limits’, as a result of the new World Health Organisation guidelines to reduce air pollution by 2030.

If you travel to Europe in your van, it’s worth mentioning that there are also a number of European cities that are participating in the initiative, from Limburg in Germany to nine cities in France including Paris and Nice, and Belgium, Sweden, Spain, and Denmark have similar schemes rolling out over the year, so do check before you go.

Where are the new Clean Air Zones?

Along with other Scottish cities, low emission zones are being considered in 2022 for Aberdeen, with the areas of Willowbank Road and Virginia Street, and Sken Street and West North Street named in the planning. As of November 2021, Aberdeen City Council agreed a final Low Emission Zone which has been submitted to the Scottish Government for approval, and a view to introduce it during 2022.

The scheme will be launched with a ‘grace’ period of two years which means that non-compliant vehicles won’t be charged until June 2024, after that it’s £60 per vehicle. There is a £2,500 grant available for ‘micro-business’ van drivers (per vehicle) to use for updating, upgrading or replacing vehicles.

If you haven’t been to Bath for a while, you may be surprised to know that it now has a ‘Class C’ Clean Air Zone. Launched in Spring 2021, it was the first city outside of London to have a charging zone.

There are options for local businesses to request an exemption and apply for a discount online.

If you aren’t exempt and do enter the zone, the charge is £9 for taxis, private hire vehicles and vans, and £100 for buses, coaches, trucks and lorries.

If you drive a private car, hybrid, motorbike, or vehicle that complies with the emissions requirements or is exempt, there is no charge.

Birmingham has a Class D Clean Air Zone, and although launched in June 2021 is still in its infancy and facing some teething problems with incorrect charges and penalties being issued (so do check carefully when you make payment). Just over 6 months into the scheme it has been estimated that 6,000 fewer vehicles are driving within the Clean Air Zone each day. Prior to charging being introduced, it was estimated that 18,787 non-compliant vehicles were driving through this area each day.

The green zone covers roads inside Birmingham’s A4540 Middleway, with charges of £8 for non-exempt cars, vans and taxis, and £50 for HGVs and coaches. There is £40 million in grants available from the council to support local businesses in adapting their vehicles. Local businesses can apply for an exemption subject to certain conditions, here.

The new Bradford Clean Air Zone is set to be launched in Spring 2022. The UK Government has instructed Bradford to introduce a Class C Clean Air Zone, which will affect commercial vehicles, including buses, coaches, lorries, vans and taxis, however, passenger cars are not affected.

Local businesses and registered organisations are eligible to apply for up to 3 vehicle exemptions. This means that if you are one of the 85% of commercial vehicles expected to enter the zone from outside the district, you will need to pay a fee.

It has been reported that Cardiff has ‘the worst pollution in Wales’, if not in the entire UK, with 220 deaths reported each year as a result of nitrogen dioxide pollution. Some measures have already been implemented, such as the closure of Castle Street to private vehicles and enforcing 20mph limits.

A Clean Air Zone is currently being considered, which could span Central Station, Queen Street Station and the castle is currently being proposed, as part of a 10-year, £2bn transport scheme. We would advise you check progress by giving the Council a call before you head out.

After speaking directly with Leeds Council after seeing a mix of information available online, it has been confirmed that the Leeds Clean Air Zone has been discontinued. The decision was made following air quality improvements primarily linked to local fleets transitioning to cleaner vehicles faster than expected (the Council has attributed this to the Clean Air Zone policy and financial support made available).

A joint review with Government found that air quality at key locations was unlikely to exceed legal limits again. The council are continuing to take action to improve air quality, but there are no current plans to introduce a charging zone unless air quality degrades again.

Many may be aware that the ‘ultra-low emission zone’ was broadened in October 2021 to cover Greater London, charging all but the cleanest of vehicles £12.50 per day. The minimum emission standards for a van are Euro 4 for petrol or Euro 6 for diesel, so do check the zone boundaries before you travel.

As of January 2022, the Council is considering extending the emission zone across the whole city in a bid to meet the Governments environmental targets by 2030, to cut London’s road use by a further 27% between now and then. The option is to extend the zone or charge non-London registered travellers to access the city.

From 30 May 2022, there was due to be a Clean Air Zone in Greater Manchester, following after a lengthy review which discovered that pollution levels exceeded legal limits on 152 stretches of road!

As of 5th February, the scheme has been placed on hold, due to fears of putting thousands of businesses and jobs at risk. Non-compliant drivers were set to be charged £60 a day with the 493 square miles of the Clean Air Zone. The plans have only been paused however, and Manchester will still need to meet the Government’s air pollution requirements by 2026. You can keep tabs on the scheme here.

Newcastle’s Clean Air Zone is planned for July 2022. And for businesses wanting to upgrade or modify their vehicles to fit the ‘exemption’ category, the Council has a pot of £23m available for grants. Earlier reports illustrated that up to £4,500 could be made available to those wanting to upgrade any light goods vehicle, while heavy goods vehicle owners could get the maximum grant available of £20,000.

The zone will cover Newcastle city centre as well as routes over the Tyne, Swing, High Level and Redheugh bridges, and will apply to all taxis, vans, buses, coaches, and HGVs that do not meet the emission standards. It is estimated that the cost for a non-exempt van will be £12.50 a day.

With vehicles causing 50% of air pollution, deemed more harmful than passive smoking, Portsmouth launched their Clean Air Zone in November 2021. If you drive a non-compliant vehicle, it could be worth applying for an exemption or ‘sunset period’ to avoid the charge while you upgrade your vehicle. They have released a useful animation which outlines all you need to know.

You’re automatically entitled to a national exemption, and do not have to pay a charge, if you have:

You can find your vehicle’s emission standard in your log book.

Over 60 Local Authorities have been advised by the Government to implement the scheme. Find out more about where you’ll find Clean Air Zones, including how to create a business account for multiple vehicles via the government website. If you are planning to drive through Clean Air Zones in Bath, Birmingham, Bradford, Greater Manchester or Portsmouth, use this service.

The Clean Air Zone Financial Support Scheme is available to help either replace or retrofit non-compliant vehicles so that they meet emissions standards. Funding is intended to support micro-businesses, sole traders, the voluntary sector and private owners to upgrade to compliant vehicles. If you are a tradesman and likely to travel into Clean Air Zones frequently, the costs could soon mount up, so it may be worth considering your options sooner rather than later. Find out more about the Clean Air Zone Financial Support scheme here.

How easily can you be hacked?

How much does it cost to repair a thatched roof?